Communication Moon Relay was a military project by the U.S Navy using the Moonbounce technology, also called Earth-Moon-Earth. This is a radio communication technique developed shortly after WWII which allows sending radio signals to the Moon and receive them back as reflection. Communication Moon Relay grew out of many ideas and concepts in radio espionage. Some impetus for the project was provided by the post-war efforts to develop methods of tracking radio signals, particularly those originating from Eastern Europe and the Soviet Union.

Communication Moon Relay played an important role in the Cold War and the Space Race, during which more than 1.000 nuclear tests were carried by the U.S. alone.

The video installation shows images of nuclear explosions reflected by the surface of the Moon, using the Visual Moonbounce technology, which I developed in 2009 while artist in residence at the Dwingeloo radio telescope in the Netherlands, with the help of international radio operators. The images composing the Moon Relay installation, have been sent to the Moon as radio signals by a station in Brazil and have been received as reflection by the Dwingeloo radio telescope and reconverted into the original images. The distortion of the images is caused by the great distance travelled by the signals, approximately 768.000 Kilometres.

In the exhibition setting the images are projected in large scale, emphasizing their hallucinatory content and saturated colours, by overstating their distortion. 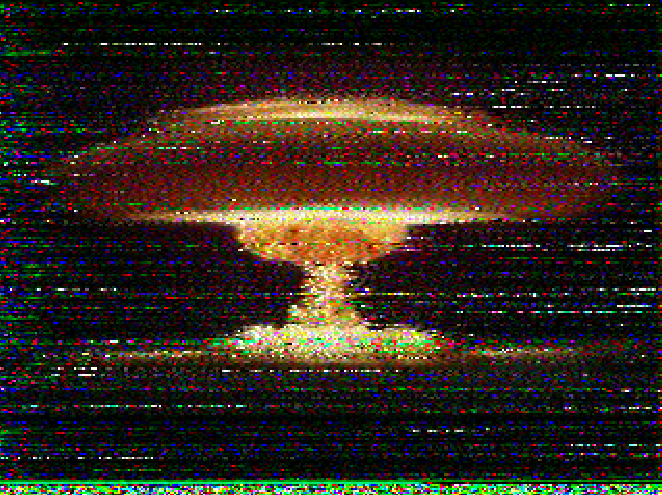 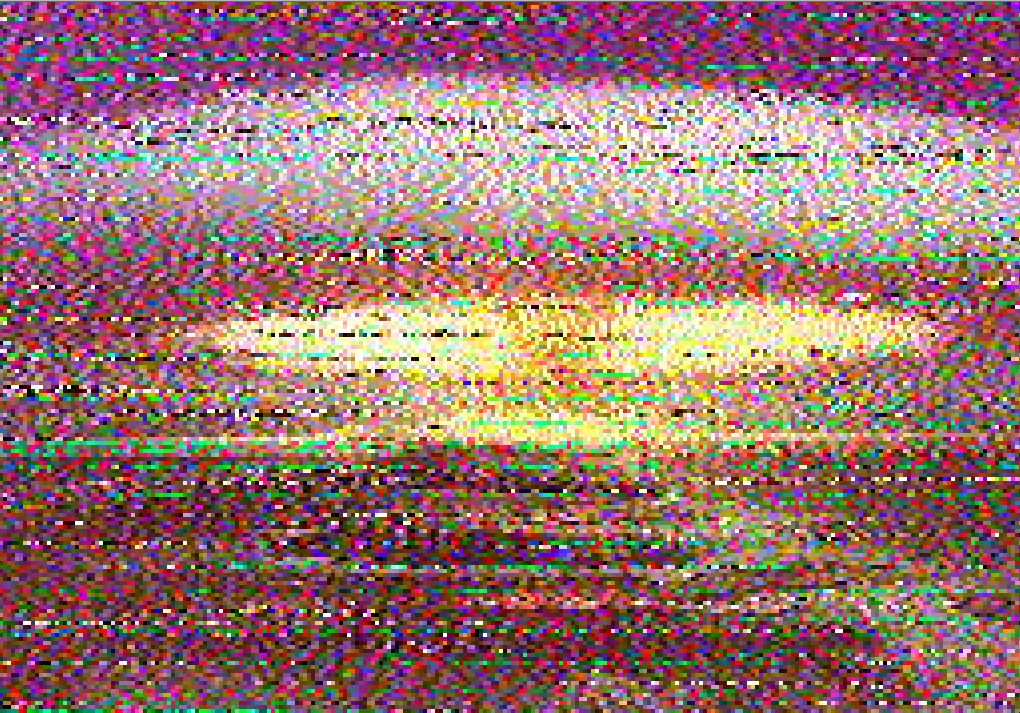 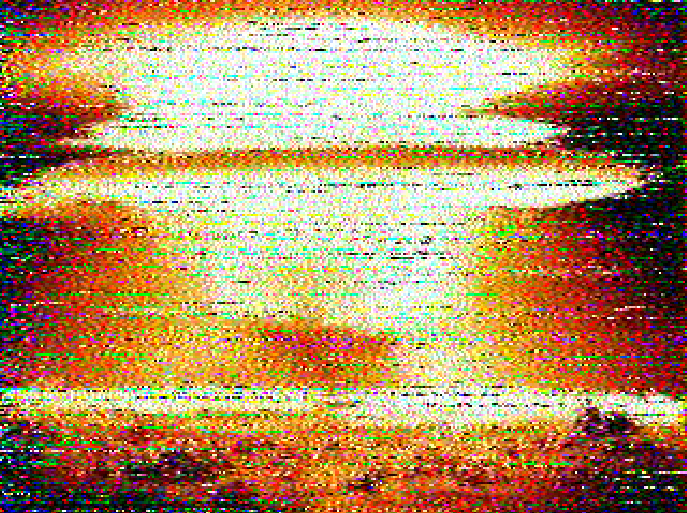