Le Voyage dans la Lune is a video work inspired by the homonymous B/W film by French director George Méliès. The animation is composed by 26 ‘Moon reflected’ images of the Lunar phases kindly provided by Michael Oates (Manchester Astronomical Society). The 26 images were sent to the Moon in a sequence (one after the next) as radio signals by Bruce Hàlasz, a radio amateur in Brazil; the radio signals, reflected by the surface of the Moon and scattered all over the Space, were partly received by radio operators at the Dwingeloo radio telescope in the Netherlands. The signals travelled approximately 768.000 Kilometres in total, the distance to the Moon and back, losing some data along the way, giving the ‘Moon reflected’ images a pixellated and very unique appearance.

The sound of the video has been provided by JAXA (Japan Aerospace Exploration Agency). The sound is called ‘Moonbell’ and uses data from one of the sensors of the Lunar orbiting satellite Selene/Kaguya, a laser altimeter, transforming the altitude data into musical intervals. The area ‘sonified’ in le Voyage dans la Lune is on the far side of the Moon, starting at the Korolev crater, across the highest point.

The very slow version of the sound suggests the rhythmic steps of a lone explorer walking on the Moon. 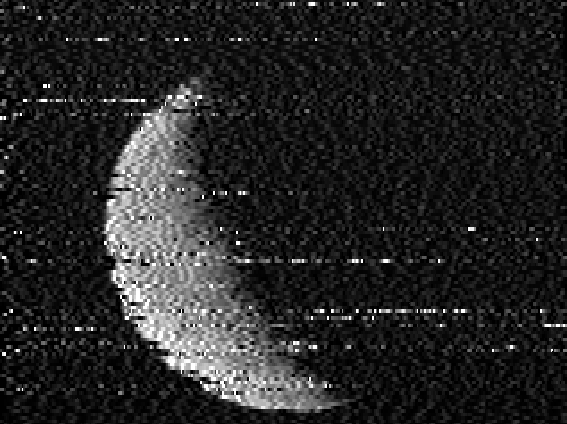 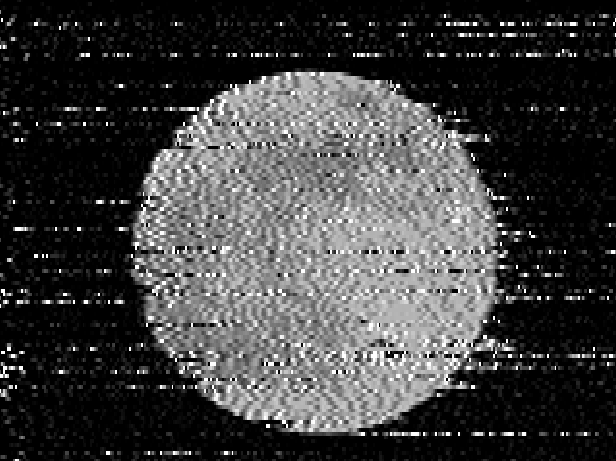 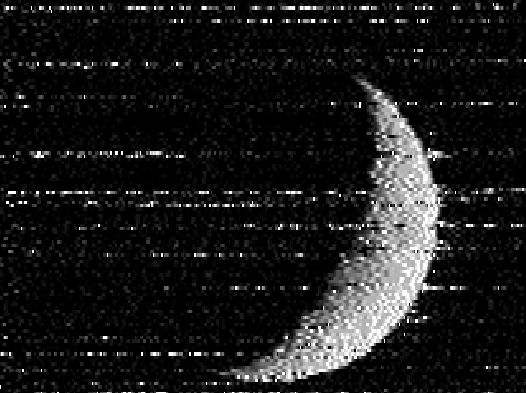